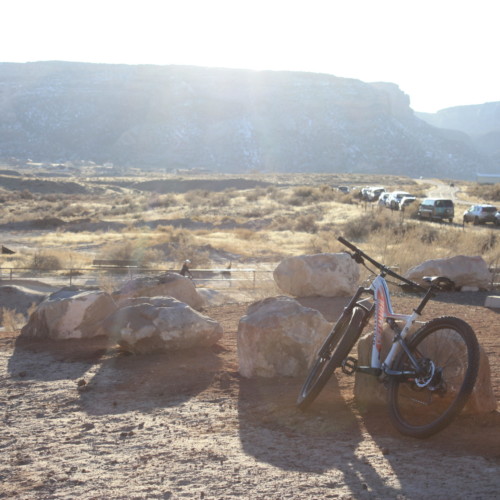 The Colorado West Land Trust, in partnership with the city of Grand Junction and the Bureau of Land Management, has received funding for a critical land purchase that will make continuing its paved path along Monument Road possible.

This week, Great Outdoors Colorado announced a $156,920 Local Park and Outdoor Recreation grant to go toward purchasing about 20 acres of land near the intersection of Monument Road and South Camp Road. 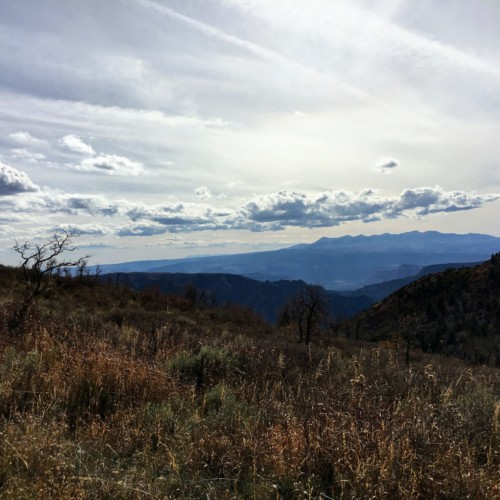 Critical land used by deer and elk, as well as a working ranch on Glade Park will all be protected under a newly announced Colorado West Land Trust conservation agreement.

“It’s an incredible property,” Colorado West Land Trust Director of Conservation Ilana Moir said. “It has a multitude of conservation values. It has working ranch land, wildlife habitat, potential for Gunnison sage grouse habitat, incredible views and its part of the ... 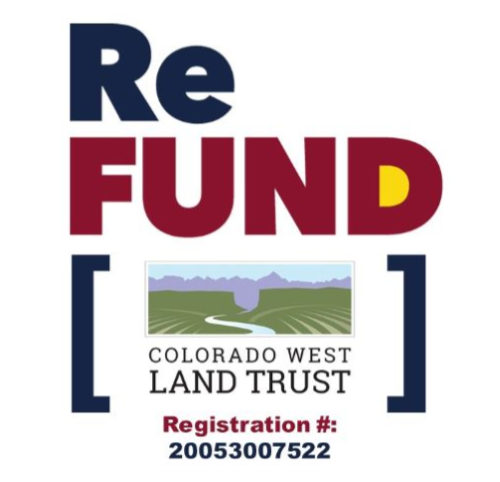 Have you heard the news?

If you are expecting a Colorado state income tax refund you will now have the opportunity to donate all or part of your refund to any registered Colorado non-profit organization!

The new program, promoted through the ReFUND CO awareness initiative, lets you choose where your donation goes. All you have to do is: 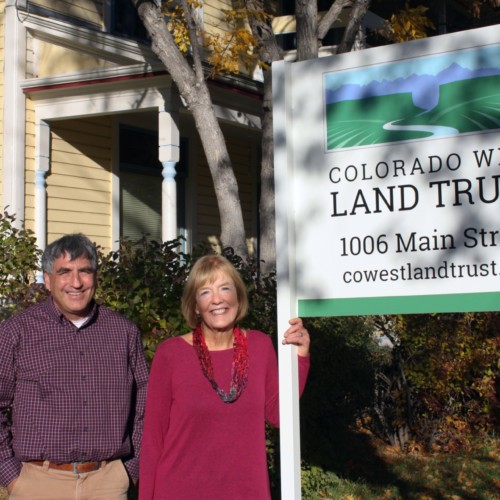 Another year has flown by! 2019 has been a busy, fruitful year. We have to catch our breath occasionally as we list the projects the land trust has undertaken. Our commitments to a large geographic area, a variety of projects, and a host of conservation partners keep us both challenged and excited. We are proud of the land trust’s success in continuing to conserve some of the most beautiful and valuable lands in Western Colorado.

Two of our newly conserved ... 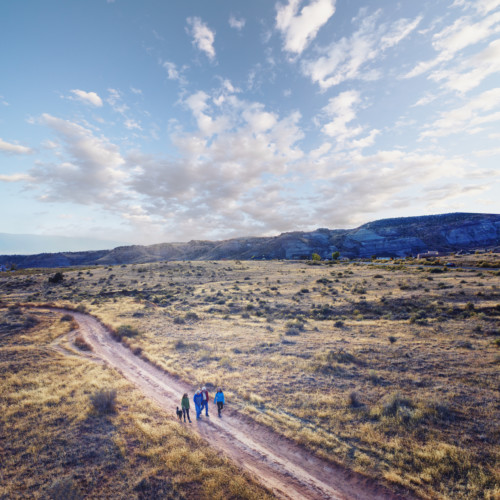 The Daily Sentinel of Grand Junction, November 21,2019 — There’s lots of anticipation for the new paved path up Monument Road that soon will connect the prized Lunch Loops trail head with the rest of the city’s path network.

But a recently announced acquisition by the Colorado West Land Trust sets the stage for a paved path up the corridor nearly all the way to Colorado National Monument.

Grand Junction City Council on Wednesday signed off on a lease agreement with the conservation ... 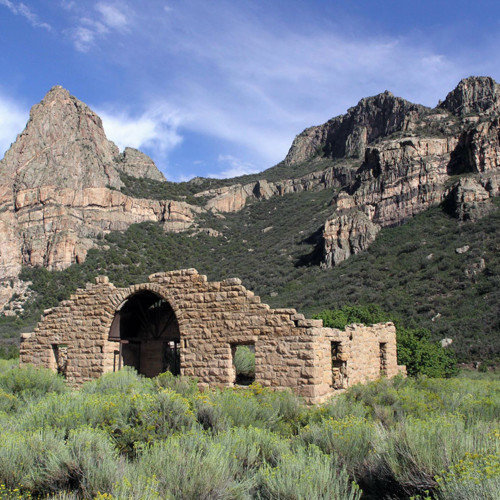 Colorado West Land Trust will be applying to the Land Trust Accreditation Commission for renewal of accreditation this summer. A public comment period is now open. To read the press release and find out how to comment click this link…. 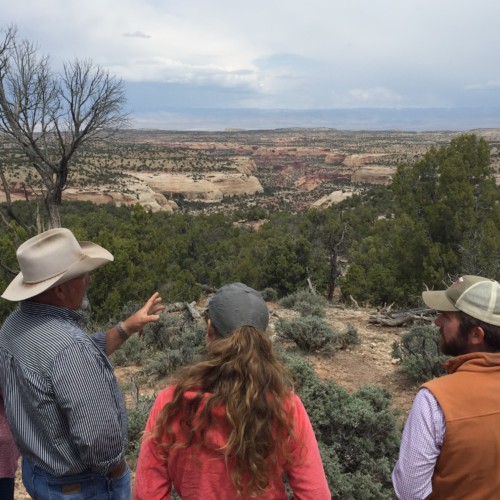 Delta County Independent, February 6, 2019 — Colorado West Land Trust ended 2018 on a high note. During the last week of the year, the Land Trust completed conservation projects totaling 2,427 acres in Delta and Mesa counties. These properties represent some of the region’s finest ranch land and wildlife habitat.

On Dec. 27, Jeremy and Candice Fouts conserved their 1,707-acre ranch in Delta County. “We [originally] bought this property to make a deliberate lifestyle change and to do something ...

Help construct shade shelters for the Lunch Loop trailhead and continued work along the Monument Corridor!

Join the Monument Mile campaign to raise funds for THRILL! (Trailhead Redesign and Improvements to Lunch Loop) and the next phase of construction for the paved trail that will connect the Lunch Loop Trailhead to the South Camp paved trail and the Redlands neighborhoods.

In 2017, Colorado West Land Trust, the City of Grand Junction, Mesa County, and the Bureau of Land Management partnered to gather ... 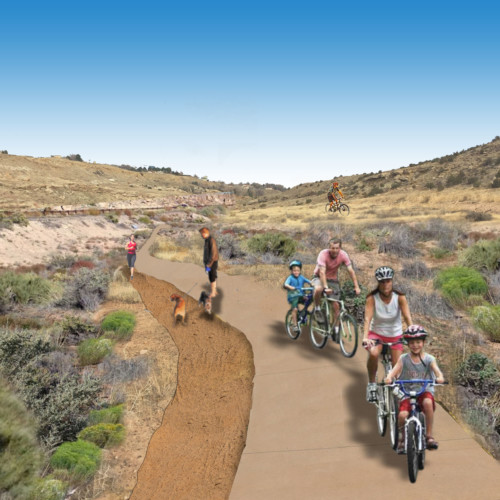 GRAND JUNCTION, CO   November 28, 2018 – The City of Grand Junction and Colorado West Land Trust are thrilled to announce that the recent $400,000 award from the Colorado Department of Parks and Wildlife brings the fundraising effort to construct the Lunch Loop Connector Trail to the finish line.  This $2.5 million project will link some of the Grand Valley’s most popular amenities and neighborhoods to the world renown and community favorite Lunch Loop and Three Sisters trail system. With ... 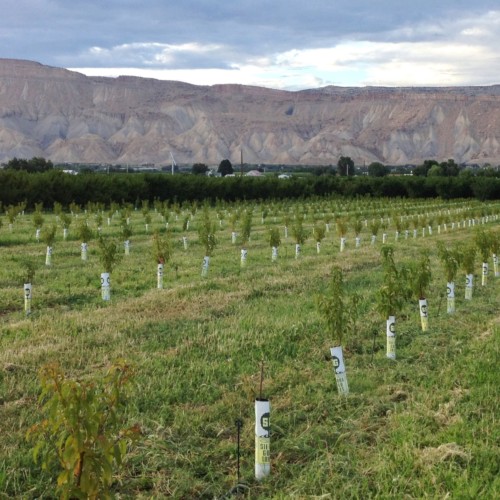 In 1979, Rob and Clare Talbott purchased their first orchard in Palisade, with the hope of relocating from Golden to farm full time. Four decades later, they’ve not only achieved their goal, they’ve also helped ensure that others can follow their footsteps.

“It was working for my cousin, Harry Talbott, in 1979 that got me interested in orchards,” Rob Talbott said.

Gradually Rob and Clare added additional parcels to their C & R Farms, allowing them to move to the ...