40 Stories in 40 Weeks: Past Shapes the Present in Plateau Valley

We are delighted that Max has generously shared his family’s story with us: 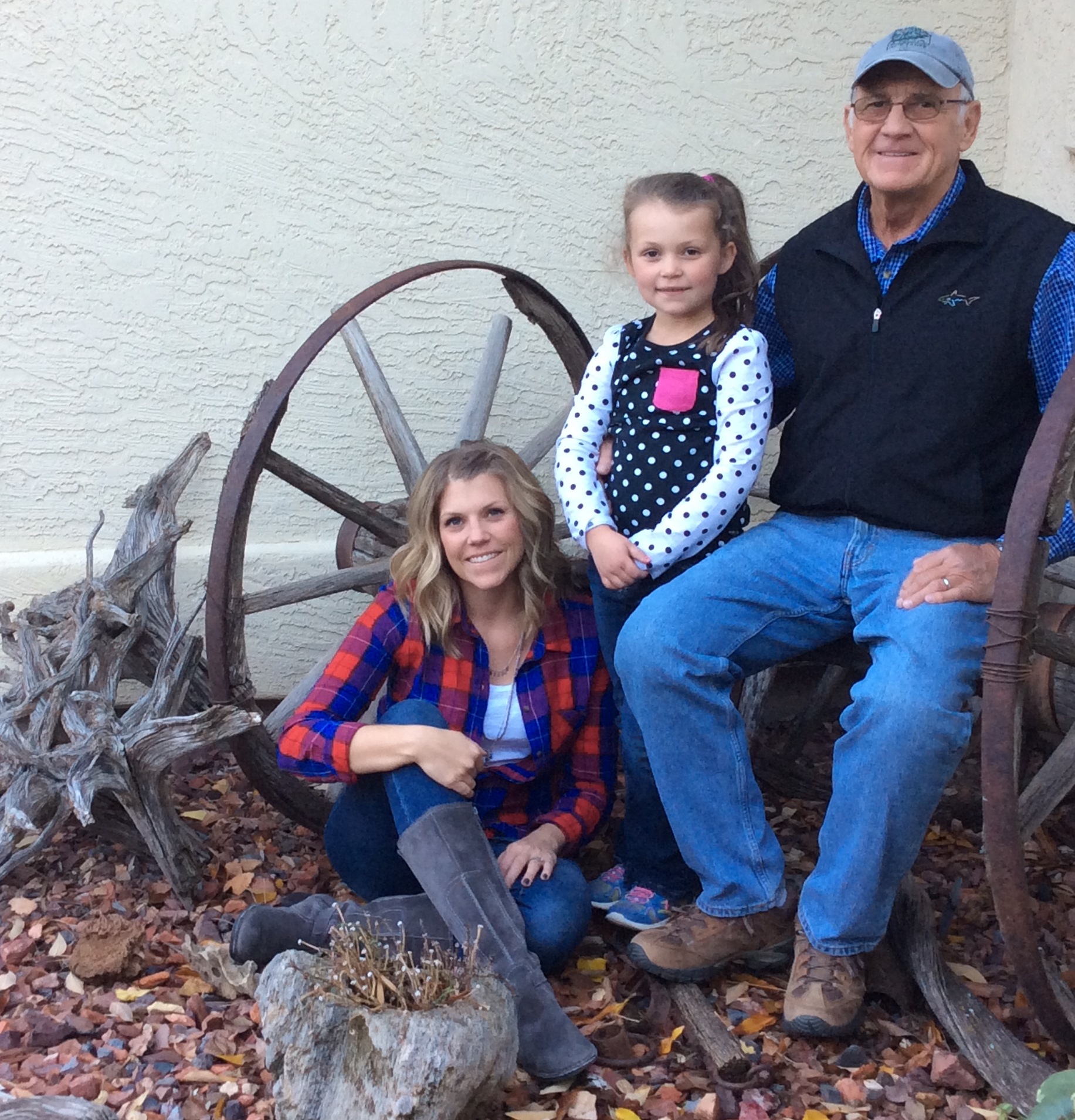 Max Stites with his daughter and granddaughter: Shannon and Ellie Wytulka.

Heber Young and John Stites were big rawboned young men ready for the herculean task of homesteading in the Plateau Valley in 1885. Sage brush and cedar trees had to be cleared, endless rocks picked and removed, fields plowed and planted, ditches dug, simple dwellings built, and, eventually, reservoirs constructed on the Grand Mesa to store water.

Heber, my mom’s grandfather and a nephew of Brigham Young, left Utah looking for a new beginning. He, his wife Lucinda, their month old son, and her mother and brothers made the trek by covered wagons herding 40 cattle along the way. The cattle swam across the Green and Grand (Colorado) rivers and the wagons were ferried across. Outside of Palisade, they took a trail up Rapid Creek and then the Hogback Trail. They started out in October of 1885 and it took a month to reach their homestead.

They homesteaded on what became known as Mormon Mesa and the original cabin Heber built stood until fire destroyed it several years ago. Remaining is a unique “bull” fence he built by crisscrossing cedar posts. Two years later he moved his small family east to homestead on Kansas Mesa. It was on this ranch my granddad, Willard Young, was born. Heber raised both sheep and cattle and one night when he was gone and Lucinda was alone with her three little boys, night riders came and killed all of his sheep. Lucinda stayed in the house to protect her children but after that incident, kept a gun ready for use. This was just one episode of several during the days of the so-called Sheep and Cattle Wars.

John Stites, my dad’s grandfather, came to the Plateau Valley with his parents, brothers, and sisters from Kansas. Between John, his father Rufus, and his brothers, they homesteaded a section of land on what became known as Kansas Mesa south of Collbran. My granddad, A.C. Stites was born on his father’s homestead in 1886 and ranched until retiring at the age of 80.

Unfortunately, none of these original homesteads remain in the family. However, imagine my SURPRISE when in 2004 I discovered that Heber Young’s second homestead was protected by a conservation easement under the auspices of the Mesa Land Trust. Further, I learned my Granddad Young’s ranch,where my mom and I lived while my dad served in WW II, was also protected by an easement! It was at that point my love affair with the Mesa Land Trust began in earnest. I cannot help but believe my pioneer ancestors would be very pleased.

“Since writing this article in 2014, my wife Vicki and I have embarked on quite a “herculean” project of our own: the writing of a book on our family’s history. Our marriage in 1969 combined with the history of four pioneer families shall be entitled, “In the Shadow of Grand Mesa: Four Pioneer Families of the Plateau Valley”. In that research and writing, one fundamental theme is so evident: the land and the proper care of it was paramount to our families. It was their means of living and provided the basis of their well being as people. For many of us today, the land doesn’t perhaps directly provide our living, but open spaces, wildlife habitat, trails, beautiful ranches, and picture perfect vistas, nurture our souls. Conservation ensures that nurturing will always continue.”

We could not agree more with Max’s assessment of the land’s value to us Coloradans. It is through our shared ambition to protect and enhance these treasured landscapes that makes our work so rewarding. We are so pleased to learn that Max and Vicki are documenting their family’s past, and we look forward to learning all about it once their book is released.