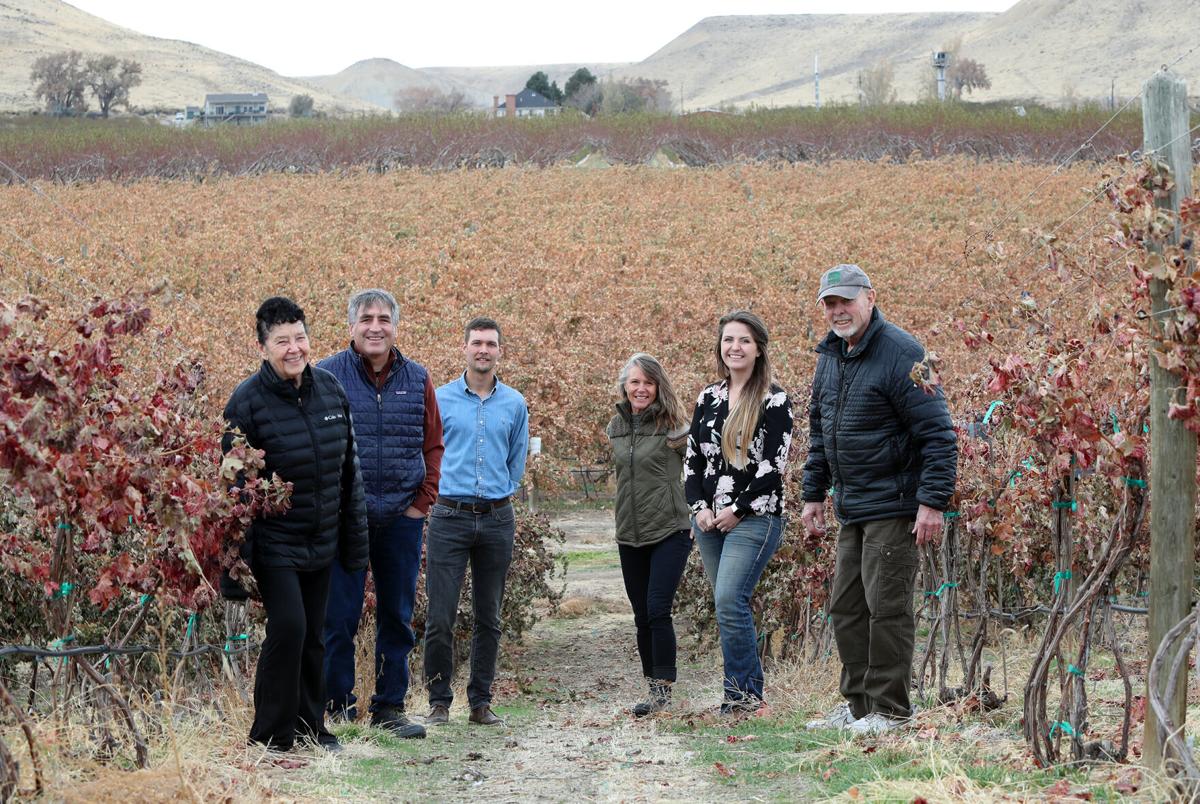 The Daily Sentinel, December 30, 2020–Coming into the Grand Valley from the east, your first view is of acres and acres of orchards and vineyards spreading out to the west. It’s a familiar sight to residents and a taste of what this area has to offer to visitors.

One of the first vineyards you see as you come out of De Beque Canyon and drive toward Grand Junction is conserved by the Colorado West Land Trust, which has easements protecting around 900 acres of orchard and vineyard land in Palisade alone, Executive Director Rob Bleiberg said.

“For me, protecting that landscape really protects our sense of place and home,” Bleiberg said.

That landscape, as well as ranch land in Fruita and Glade Park, trails in Grand Junction and natural habitat across the Western Slope, may not exist today if not for the work of the Colorado West Land Trust. It was founded in 1980 as Mesa Land Trust by fruit growers in Palisade looking for ways to protect agricultural land from development, Talbott Farms founder and one of the Land Trust founders Harry Talbott said.

“We formed the land conservancy kind of out of desperation in a way to save the land,” Talbott said. “We didn’t get very many acres in it for a while, but we did a volunteer board. We were even challenged by the IRS.”

The oil shale boom was fueling land development in 1980, Talbott said, and they were looking for legal means to preserve the fruit industry. He said it took time to convince land owners that this was in their interest. Eventually, in the mid-2000s, the Land Trust launched the Fruitland Forever campaign to preserve enough land for the fruit industry and the wine industry to have a secure future.

“It would not be what it is today without the vision of folks like Harry Talbott and the hard work of the Land Trust and the generous support of so many of our friends and partners and donors,” Bleiberg said. “Perhaps most importantly, the vision and desire of farmers who recognized that, yes, they could sell out their rural estate to have their vineyard estate subdivision, but they are committed to producing food.”

For James Sanders, owner of the Palisade Peach Shack and 55 acres of conserved peach orchards, partnering with the land trust is both important for his business and for the future of the area’s growing agro-tourism.

“I think we’re on the precipice of a big change in Palisade right now,” Sanders said. “I think, as growers, we can all sense it. We’re starting to become a tourist community and less of an ag community and one of the things that’s going to happen there is development, but it’s agriculture that’s bringing the tourism. So we’ve got to protect the ag land. It’s the heart and soul of what Palisade is.”

On the business side, Sanders said the conservation easements can help new farmers with their debt load by selling the easements and can make orchard land more affordable to invest in to grow his business.

“We’re a small business first,” Sanders said. “If the numbers don’t work, there is no farm and the conserved ground tends to be about half the price. When we’re talking about a 15-acre piece of ground, I get to pay closer to $500,000 instead of $1 million.”

In the four decades since its founding, the Land Trust has grown to include agricultural land of all types, Bleiberg said. In the 90s it began to work with landowners to protect ranch land in Glade Park and now has conservation easements over an area larger than Colorado National Monument.

When the organization formed in 1980, it was one of the very first land trusts to focus on agricultural protection. Jennifer Dempsey, with American Farmland Trust (AFT), a national conservation organization that was also founded in that year, said they were one of only three or four in America at that time.

“Mesa dates back to 1980,” Dempsey said. “It is one of just a small handful of agricultural land trusts now celebrating its 40th (anniversary). This group includes AFT and the Marin Agricultural Land Trust — I can’t think of any others. These groups were at the forefront of private conservation organizations in responding to the conversion of agricultural land to development.”

American Farmland Trust released a report this year on state-wide issues with agriculture land policy and conservation. Colorado has seen farmland converted to development, Dempsey said, but it also has help from the state and private land trusts.

“The nice thing you have in Colorado is Great Outdoors Colorado,” Dempsey said. “So you do have a state role in that they’re providing funds that can be used for agricultural land protection. So that’s been important in Colorado.”

GOCO has funded many projects the Land Trust has undertaken over the years, as its vision has expanded to projects beyond just agricultural land. Overall, Colorado West Land Trust has conserved around 125,000 acres of land stretching from the Bookcliffs to the Black Canyon. Much of that is for habitat protection, as well as agriculture.

In recent years, Bleiberg said the Land Trust has had an increasing focus on providing public access, which began with its effort to purchase the Three Sisters property in the Monument Road corridor.

“It was a pivotal moment for this organization where, after a deliberative process, we said, ‘Yeah there is no doubt that property needs to be protected and we need to do that and that’s how we can meaningfully serve this community at this time,’ ” Bleiberg said.

Going forward, Bleiberg said providing more connectivity for people to nature is something they will continue to focus on. He said preserving land with multiple benefits for people, wildlife and agriculture is the future for conservation in western Colorado.

Read the original story on The Daily Sentinel’s website: https://www.gjsentinel.com/news/western_colorado/colorado-west-land-trust-a-pioneer-in-land-conservation-turns-40/article_04b99226-206d-11eb-b946-0fccd3f8d01c.html